Yesterday was our Annual Village Show. Here are couple of snaps of some of the flowers and vegetables. 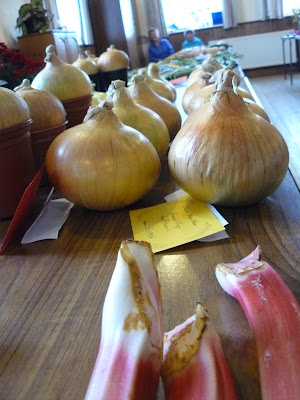 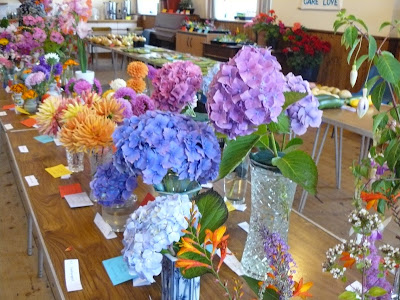 And these are some seriously impressive parsnips 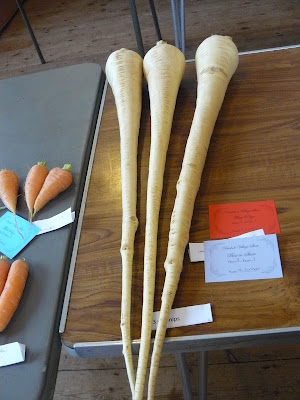 No I didn't grow them. I did get a 2nd place with some rhubarb though.
We did rather better than our measly one 2nd place card on the cookery and handicrafts side though, bringing home three trophies and a few class tickets.
Here are a drawing and a pen and wash I did which came first in their respective classes 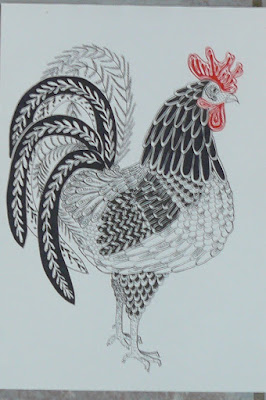 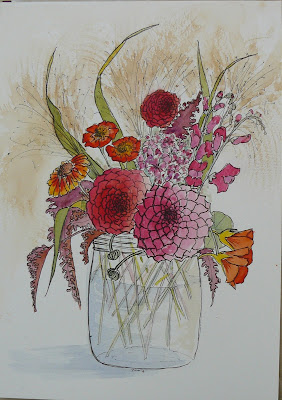 I also got the cup for Best in Show - Handicrafts for this cross stitch. 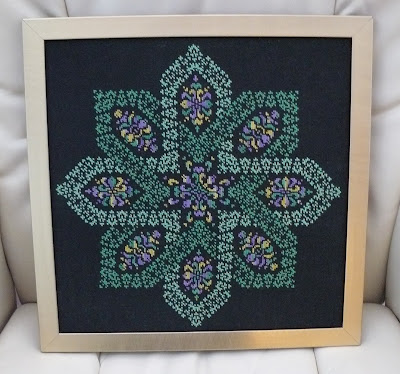 I think the judge was mostly impressed by the fact that it's done on black 32ct fabric.
Naomi and I did some of the more involved entries between us, and got the cup for Best in Show - Cookery with our "Afternoon Tea". Ours is the second one in the picture, with the blueberries and strawberries scattered through it, not the one nearest the camera. 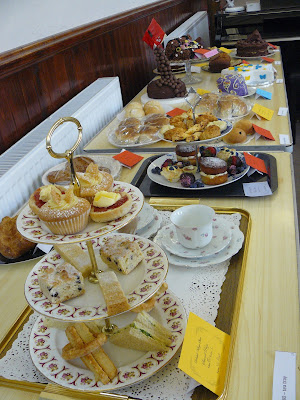 And the trophy (it's a rather impressive cut glass bowl) for a themed display based on a novel for this Pride and Prejudice themed entry. 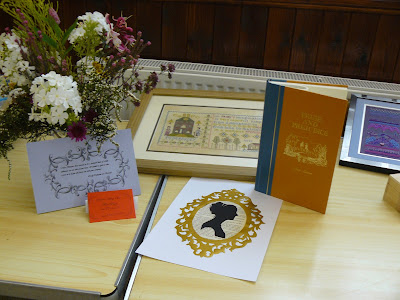 Naomi also did really well with her baking, missing out on the cup for most points in cookery by just one point.
Lets just say we are going to be eating a lot of cake for the next couple of days.

Congratulations- that's a seriously impressive award haul! You are so very talented, to be able to draw, paint, stitch and bake! I'm imagining I'm eating some of your rhubarb, it's my absolute favourite.

Well done! Such a wide array of entries and all beautifully done.

Congrats! You vase of flowers drawing is lovely.

Wow, you and Naomi were doing very well. Congratulations!

Congrats to you both, your stitching is stunning.

Congrats to both of you for winning awards !! You are so talented!! I enjoyed seeing the pics:)

Congratulations! I am so very impressed with the drawing and the pen and wash.

Congratulations..beautiful art work. Wish I could help you eat up your lovely baking:)

Congratulations! These shows sound like so much fun. Who is the designer of the gorgeous cross stitch?
Cake is always good, especially award winning cake.

Well done on all your success, your cross stitch looks fabulous and your cakes very tasty. I'm only the other side of the bridge maybe I could come and help you eat them lol.

Congratulations on all your show wins. Naomi and your entries look great. I'm impressed with your cross-stitch on 32ct black!

Wow! You both did so well - you should be proud. Wonderful drawings and I am so impressed by your stitchery on 32 ct black linen! Well done, you!

Congrats on doing so well in the fair!

All nice, congratulation for the award. Have a nice time. Loredana.