Naomi is off to university in a couple of weeks, so I made her this little kantha stitched quilt. 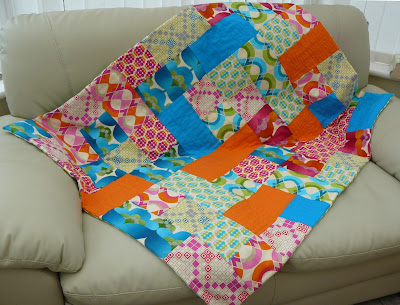 The design is based on one in an old issue of Love Patchwork and Quilting magazine, I added in a couple of solid colours and only did the kantha stitching on the solid blocks, and made it a block bigger in both directions.
The prints are from Robert Kaufmann's Mod Tex range and the inner layers and backing are flannel (I used vintage flannel sheets for the inside layers)
Now if only the blanket I was trying to crochet for her would grow a little faster. At this rate she'll be lucky to get it for Christmas...
11 comments:


August is a busy month for me, loads of weddings together with the annual Village Show of which I am secretary don't leave me much time for crafting so I don't have very much to show for this month's Gifted Gorgeousness as hasted by Jo of Serendipitous Stitching.
I did run up this little elephant from and old pillowcase though, following a tutorial I found here, and since I've given him to Eloise I guess he counts. 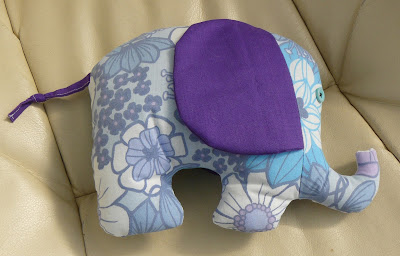 And here is a quick snap from the show. 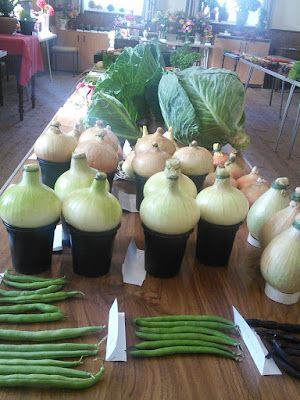 I didn't grow any of these, my garden is largely full of weeds. I mostly enter on the Art and Handicrafts side. This year I entered various bits and pieces I've shown on here before, including my upcycled denim apron, one of my little purses and a patchwork bag, and managed to amass enough points to win the cup for most points in handicrafts. Yay me :)

It's been another wedding heavy couple of weeks. Five in two weeks this time. For those of you who commented last time about my active social life, I wish! These were all work weddings. If you want to see pictures they are in the other blog. I've been so busy I just realised I spent all July with my calendar still set to June. No wonder I could never figure out what day of the week it was!
I promised carnival pictures in my last post so here is a snap of the girls ready for the parade 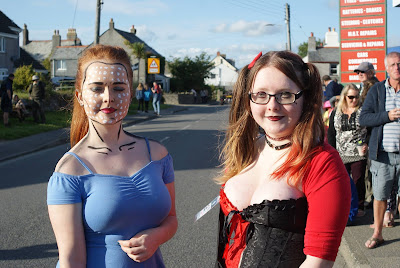 And here is some yarn bombing that appeared in the park, and about which which I don't know anything at all. Not me. Nope. Not a thing... 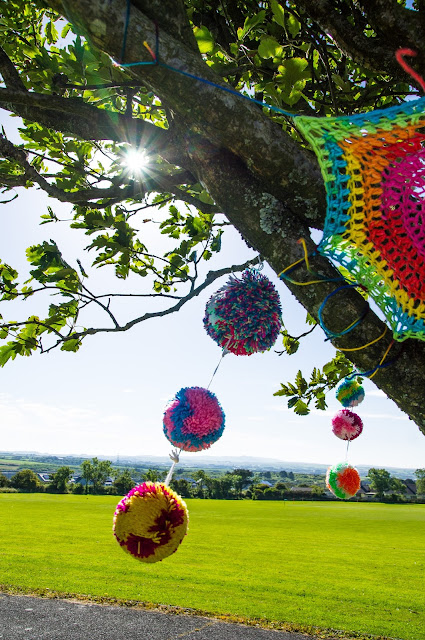 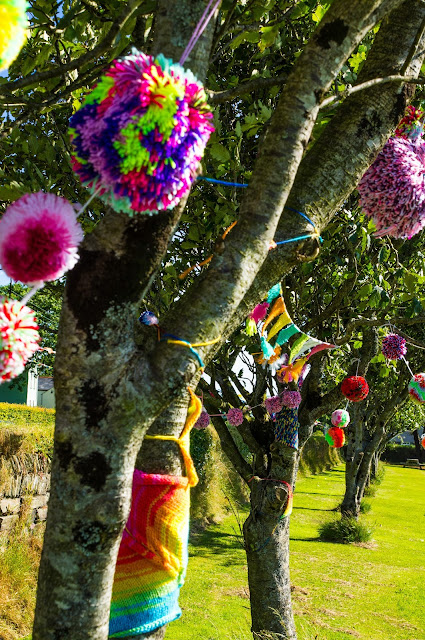 I did find a little bit of time for crafting last week though when Mollie Makes plopped through the door and I immediately fell in love with the adorable little cuddly felt cacti. 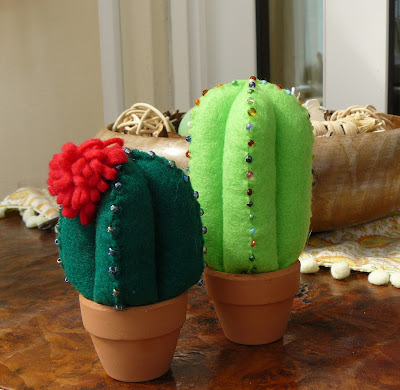 To give an idea of scale the little pots are just over an inch tall. The pale green one is made exactly as given in the magazine, but I added a flower to the darker one (flower made the same way as I described in this post)
I thought you might want to see what Naomi has been busy doing too. She bought herself a Doctor Who t-shirt on Evilbay. 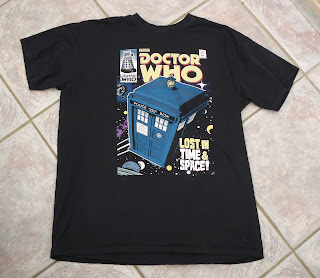 It was described as a "small", but when it arrived it was a medium, and a man's medium at that. It drowned her. So following a tutorial she found online, she converted it into this loose racer back top. 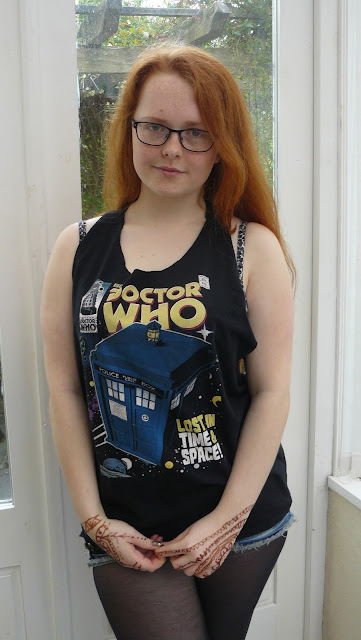 Complete with funky wired back detail. 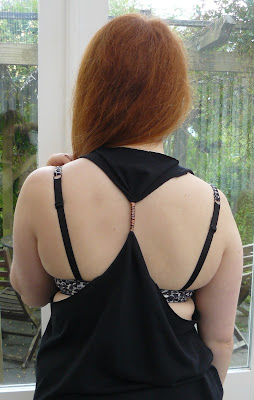