This is the girl

This is the girl who 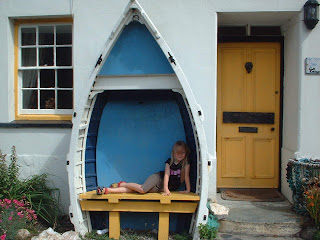 loved to dress up as a princess

passed all four A levels and is off to Leeds university to study Maths in less than three weeks.

In other news, pop over to The Victorian Motto Sampler Shoppe for a fabulous giveaway
11 comments:

Fun with Felt and Playing with Pastels 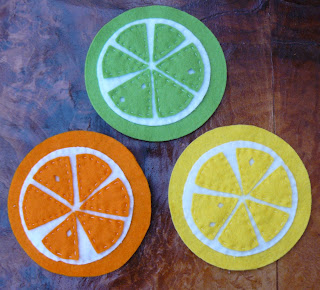 Here are some fresh and fruity felt coasters (ooh the alliteration, my English teacher would be SO proud) I made in the vain hope that we might actually get a summer. The original idea came from The Purl Bee via Pinterest. I didn't use their templates though, I cut concentric circles with my cuttlebug and winged it with the segment pieces. 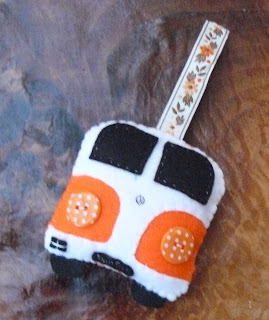 And, also based on something I saw on Pinterest, a cuddly toy camper van, because everyone needs a squishie VW. And because I had some orange felt left. I've got yellow and green left too. I feel a fleet of vans coming on. I  used a bit of  vintage braid for the hanger, I thought it went with the seventies hippy feel, and I gave it a little Cornish bumper sticker, which you probably can't see due to the rather blurry picture. I should have made the logo a bit bigger I think. 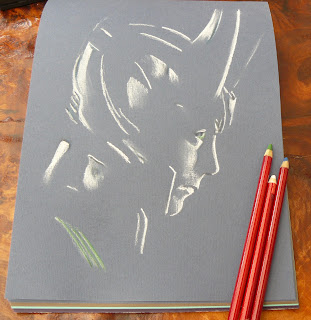 And finally for something completely different :-
a drawing, in pastels, of the frankly ridiculously handsome Mr. Tom Hiddleston, as Loki Laufeyson, from the movies Thor and Avengers Assemble.
By me, for Eloise, who shares my admiration.
13 comments: 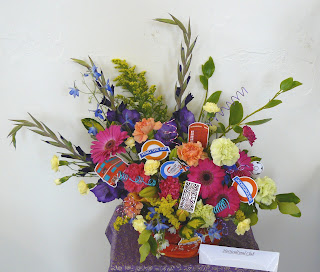 This weekend sees the annual Flower Festival at the Chapel in the village. The theme chosen for this year was "The Best of British".
Here is the display I did on behalf of the Horticultural Society. I was aiming for a sort of psychadelic, swinging sixties, London vibe.

Telephone Box. This one is genuinely huge, the phone box is pretty much actual size, so you can imagine how big those dahlias on the top must be. 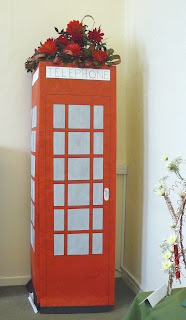 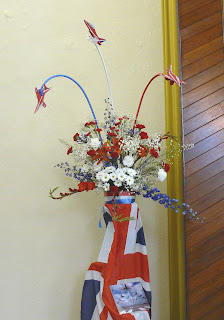 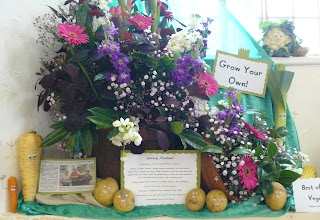 Grow Your Own
look at the little carrot and parsnip waving at you from the corner.
Squee!