Fings Ain't Wot They Used to Be

They used to be some old pairs of jeans and a coffee sack. Now they are a set of handy organiser pockets and a couple of baskets. 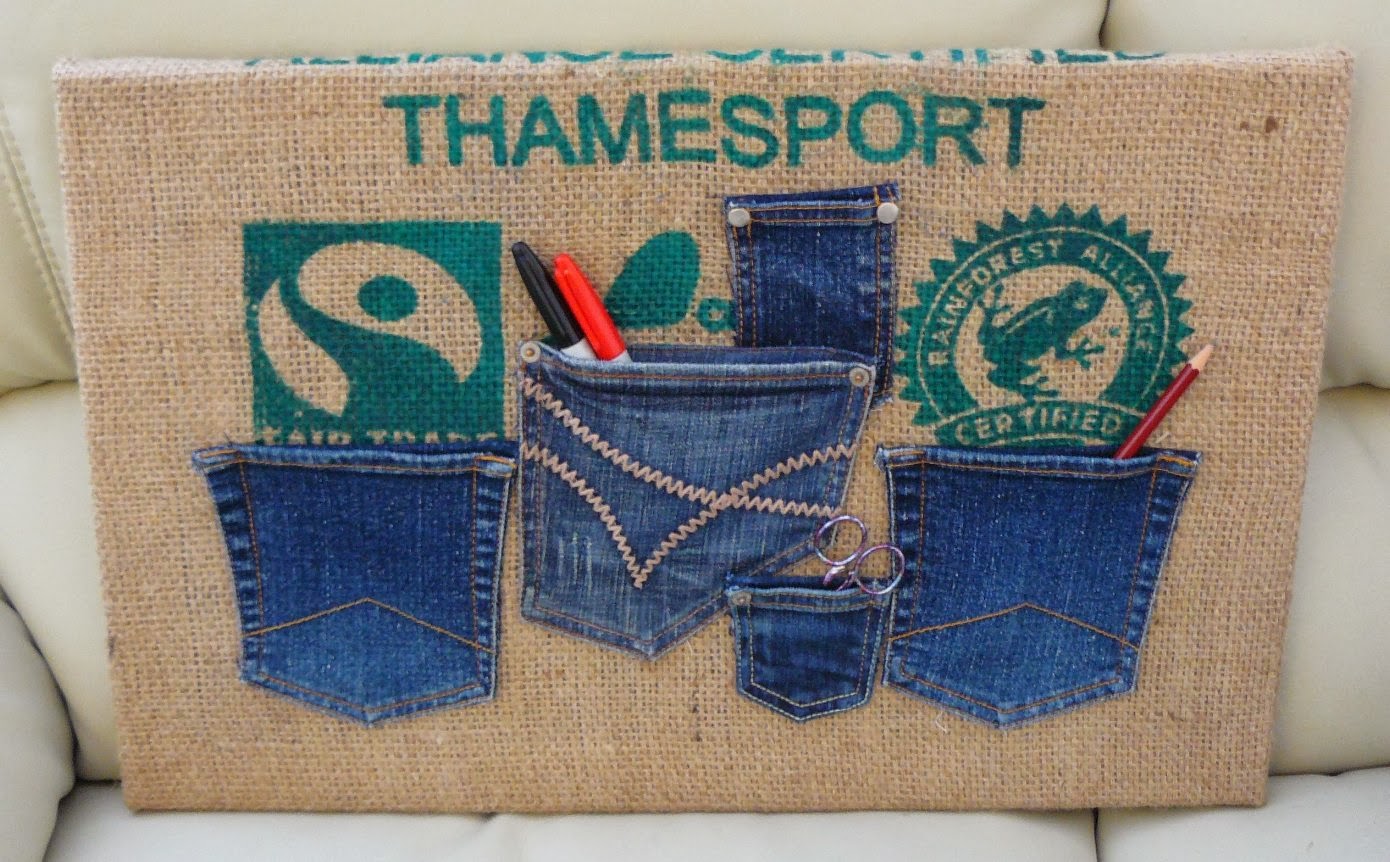 The organiser pockets were made following this tutorial, except that I got David to stretch the hessian over a canvas frame rather than a chunk of wood as in the tutorial. 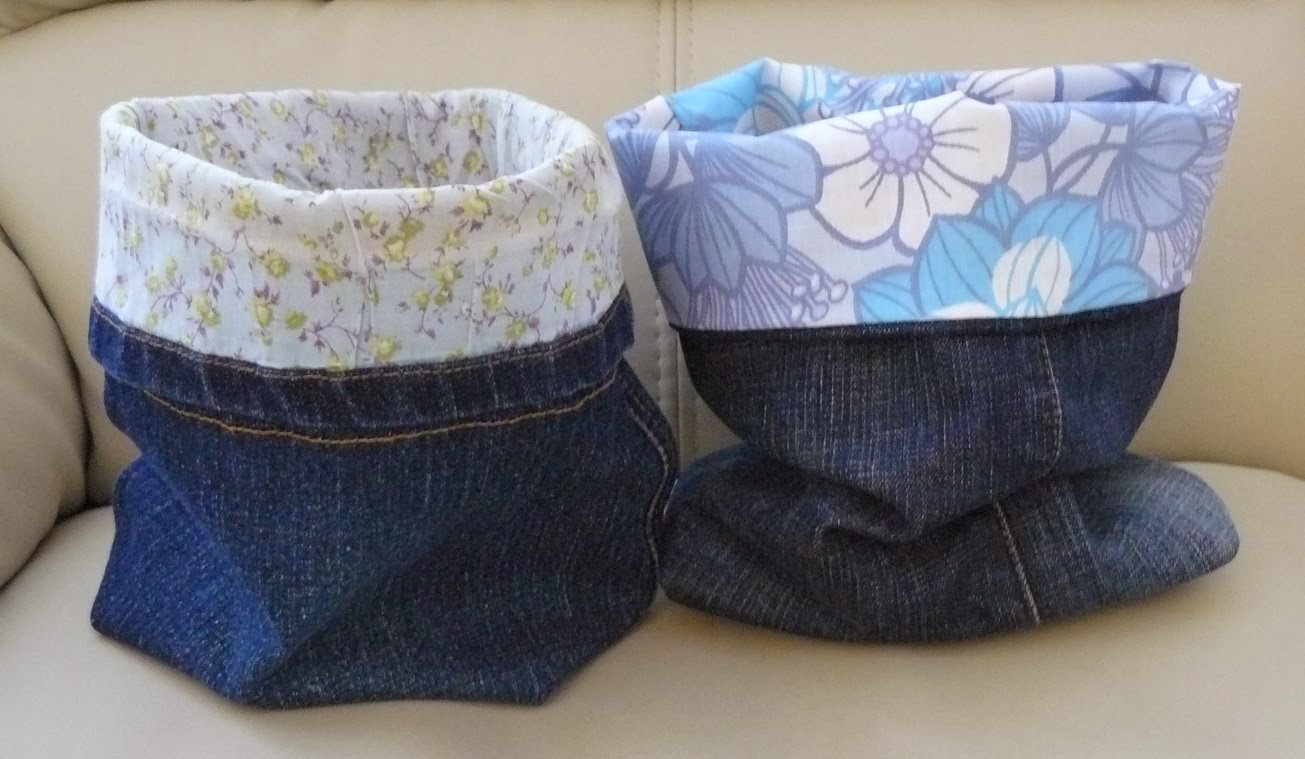 The denim baskets were made in a similar manner to this one. The one on the right is lined with a piece from a vintage pillowcase, the one on the left I cheated a bit because that pair of jeans already had the ditsy print turn-up so I  just used that and didn't line it.
I must say thank you to Anna at StitchBitch as well, as she posted a round up of upcycled denim projects yesterday which was where I found the two tutorials I used.
Oh and pop over to The Victorian Motto Sampler Shoppe where Nancy is having another of her wonderful giveaways. Knock three times and tell them Christine sent you...

You already did all that? My god, it took me like three days to write the post. Love it!

Love the organiser pockets! You are so so creative.

Great ideas Christine - love the baskets. Unfortunately we've only had skinny jeans being discarded of late - the boys, not me.

Great makes there Christine. Got to love a bit of up cycling!

Christine I love popping over to see you there is always something a little bit different to see. Well done to the designer and well done to you for a fabulous job on making it all.

I love your little baskets. what a great piece of recycling.

So clever! I just popped over from Stitch Bitch to see what you made.

You have a fun blog and I'm about to become a follower!

I so love the way you repurpose things, Christine! I certainly have a lot of old denim that I could be putting to good use--thanks for the ideas :)

Blimey that were right quick!

Love the finish, it's a great idea.

These are so clever - thanks for the great idea.